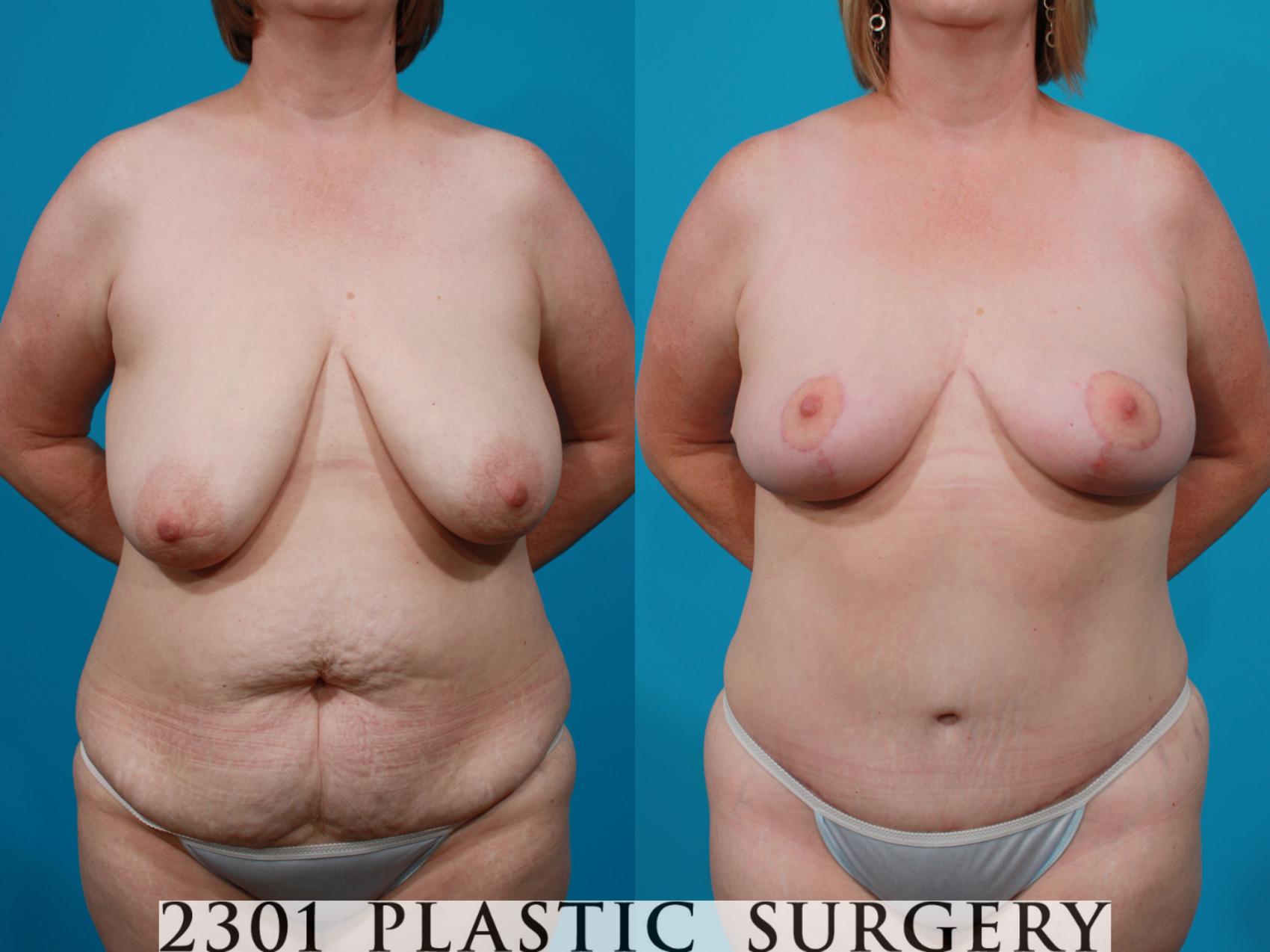 After discussing her goals, we decided to proceed with a breast lift and an extended abdominoplasty. Because of she significant amount of skin excess and breast droop, we would utilize an anchor incision mastopexy for the breast lift. To improve her breast symmetry, we planned to remove more tissue on the right than the left, and otherwise to only remove excess lateral chest wall skin to reduce fullness that can occur in the armpit after such a significant lift. To address the excess skin on both the abdomen and flanks, we elected to perform an extended abdominoplasty. The surgery was uneventful, and took just under 5 hours to complete. 1925 grams of abdominal skin were removed, and I tightened the abdominal wall significantly. Photos were taken 3 months after surgery, and she has already enjoyed her new look running down some Class 3 whitewater while vacationing over the summer.