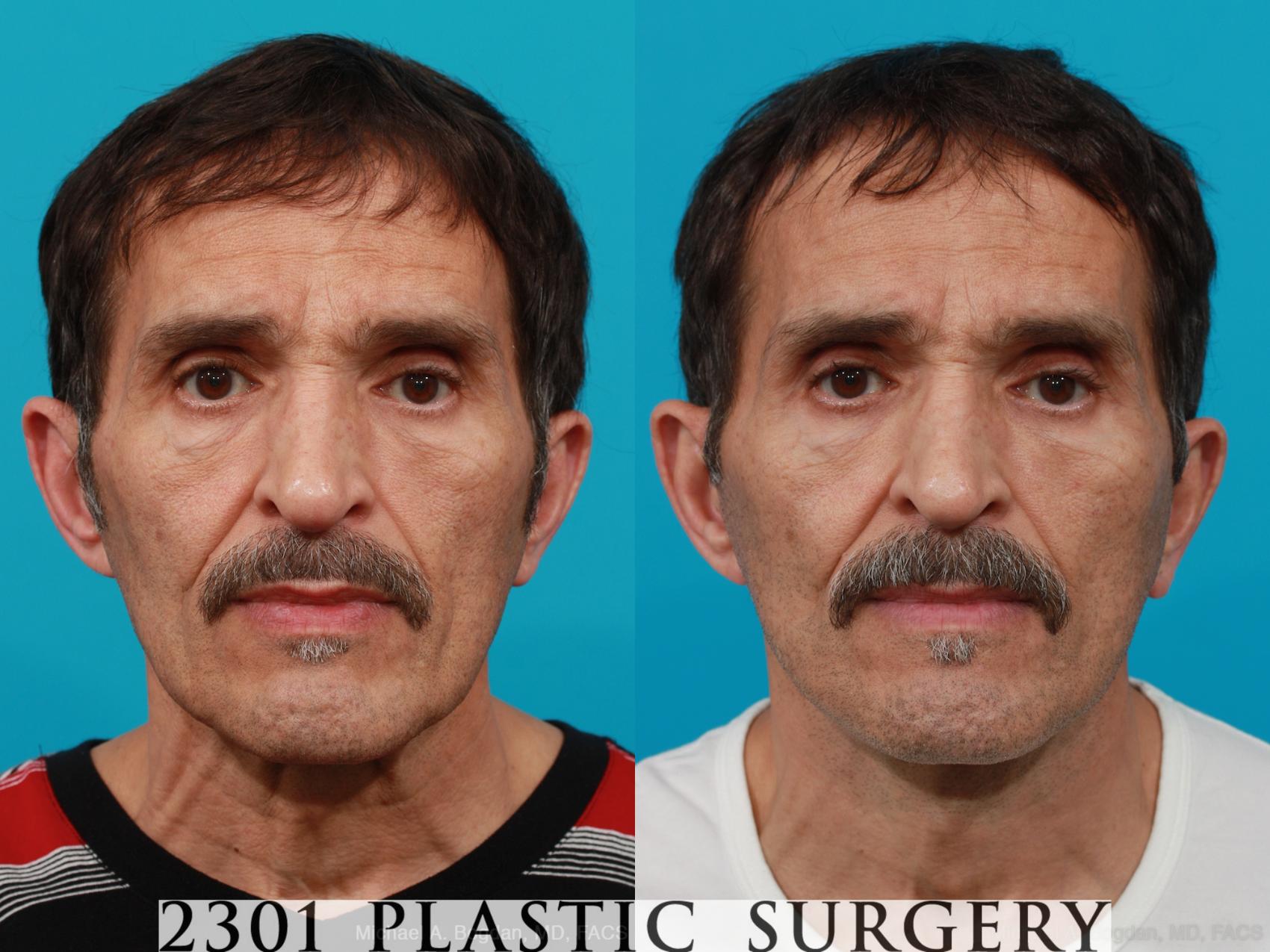 This 62 year old very athletic gentleman from Colorado visited me for a face and neck lift at my Southlake office near Fort Worth. He was quite anxious about looking unnatural or pulled, but wanted to look more in line with how he felt. He had taken good care of his health, and was active with both running and weight lifting. Because of his healthy diet and exercise program, he had maintained a thin face, but started showing some bothersome signs of aging. On his lower face, he noticed that his jaw line was no longer as well defined as in his youth, as cheek descent created jowls and the marionette line in front of them. His thin neck showed both horizontal and vertical lines which also made it look older. The vertical lines were caused by muscular bands that were very active while lifting weights. The horizontal lines were created by many years of neck flexion resulting in permanent creases. Additionally, his thin subcutaneous fat layer in his neck accentuated aging by making his adam's apple and neck cartilage very visible.

After discussing his goals, we agreed that a face lift procedure with an open neck lift would address his issues. The surgery was uneventful, and I performed wide undermining of both his face and neck. With his thin face, I performed a SMAS imbrication to address the jowl without further thinning the face. You can see a much sharper jawline with disappearance of the marionette line, without a wind-swept or pulled appearance.

With the neck undermining, I released the skin attachments to the underlying muscles, all the way past the second horizontal crease. This relaxed the creases and makes them appear much softer. After elevating all of the skin, I mobilized the central portions of his neck muscles so that I could bring them together in the midline. This process served to both cover the neck cartilage (which make the neck look softer), and removes the neck bands. This is best seen in the upward looking photographs. His large external jugular veins remain unchanged in the post operative photos.

He recovered in town for 2 weeks before returning home (with a beard in place to hide the changes for a while.) Photos are shown 8 months after surgery.