Face Lift Before & After Case 52 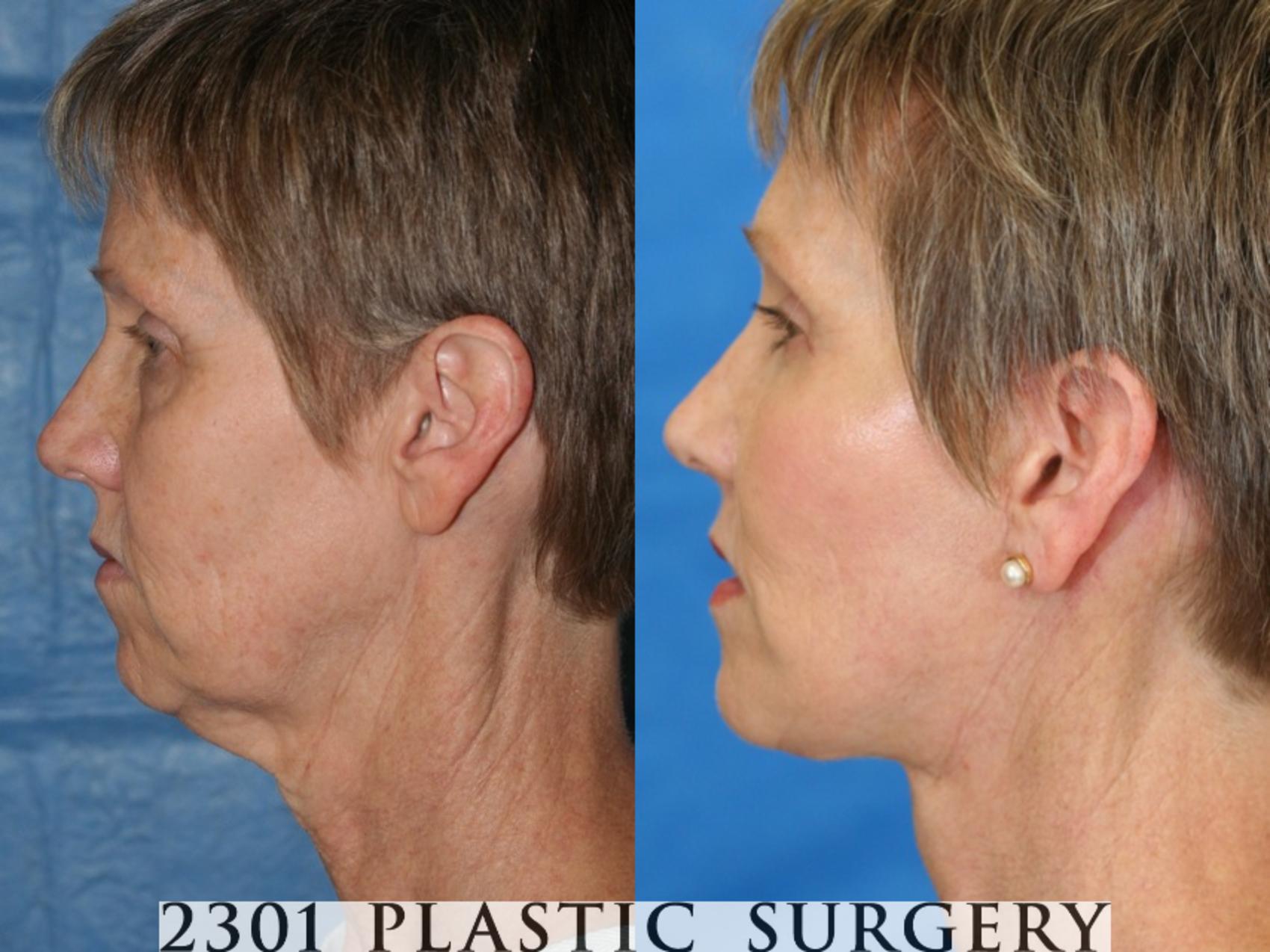 View 3 of 3
Request Your Consultation

This 54 year old woman was bothered by the premature appearance of facial aging caused by significant weight loss (over 75lbs). Weight loss impacts facial aging in two main ways: First, there is a significant volume loss that yields a deflated appearance. Second, the loss of skin elasticity caused by the face being "full" for a number of years rapidly accelerates the aging appearance of the face. In her case, this manifested with skin excess on the lower face and neck, low positioned eyebrows with browlines (caused by reactive musculature), and "bags" under her eyes. She had made a significant lifestyle choice to take care of her body and health, and was disappointed because she did not look as good as she now felt.

Before I moved my plastic surgery practice to the Dallas / Fort Worth region, I trained with some of the most experienced cosmetic surgeons in Manhattan, with international reputations in face lift surgery. With my experience, I felt she was a good candidate for both a face lift and neck lift in Dallas, with the goal of re-establishing the foundation of her cheek and jaw, and defining her neck angle. Because of the significant amount of skin excess, I offered a traditional incision instead of the short scar facelift. With my techniques, I would be able to hide the scar around the ear, and maintain her hair line. Weight loss had given her a hollow appearance to her upper lids, and she had a "tired" appearance from brow descent. This would be addressed with an endoscopic brow lift. Her lower eyelids had notable "bags" because of the laxity of skin, and would need to be addressed with a lower lid eyelid surgery.

The Dallas patient underwent a face lift with a SMASectomy for tightening of the deeper tissues of the face. The vectors I utilized resulted in a sharp jawline, and restored volume to her cheeks. I also performed an open platysmaplasty to define her neck, and allow re-draping of the neck skin. The endoscopic brow lift was performed through incisions hidden behind the hair line. I weakened the muscles that were causing frown lines between her eyebrows, and elevated the eyebrow position to give her a more open and happy appearance. The lower blepharoplasty was performed with an incision directly under the eyelashes so that it would be hidden. I contoured the fat and removed a small amount of skin excess, giving us a more youthful appearing lid/cheek junction (as seen on profile views.)

The patient recovered quickly from surgery, and was now happy that her face matched how she felt inside. The post surgical photos are shown at 1 month.