Rhinoplasty Before & After Case 53 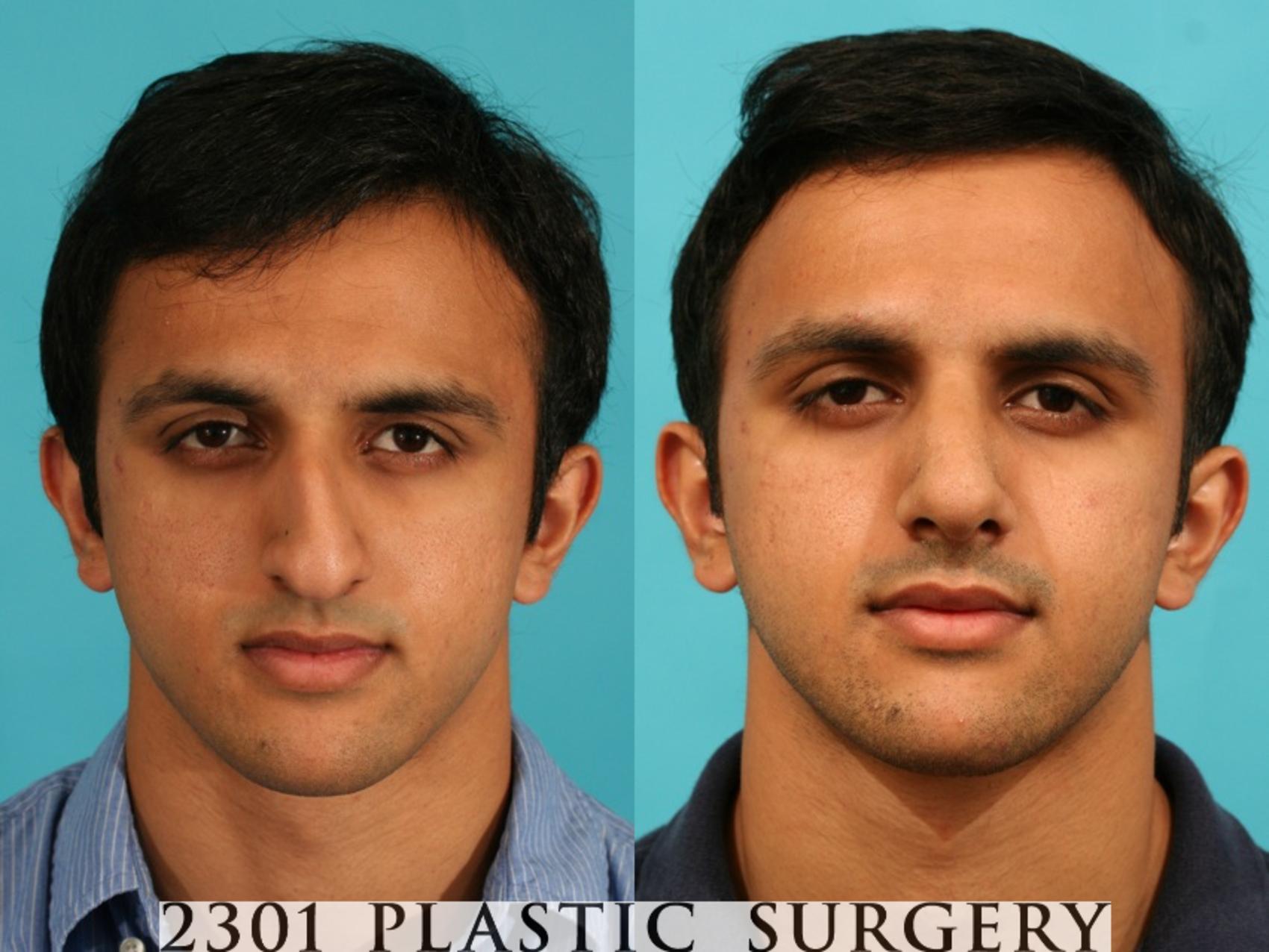 This 19 year old gentleman from the Fort Worth area wanted to change the appearance of his nose. He is a driven individual and already very successful in school. Although he was quite self-secure, he wanted to change his appearance before starting college, as he understands that first impressions are a reality and he wanted to avoid the unnecessary hinderance his nose caused. He presented to my Southlake surgical practice interested in rhinoplasty surgery (nose reshaping). On evaluation, I noted several areas for improvement. On frontal view, his nose was markedly crooked, and overly long for his face. On oblique and profile views, it was evident that he had a significant dorsal hump, with a hanging tip. I suggested correction of these regions through the open rhinoplasty approach. (Although I favor the closed approach for the majority of my patients, in cases such as these requiring significant tip support or correction of major deviation, I find the open approach more powerful in achieving the desired results.)
During surgery, I performed an extensive open septorhinoplasty where I lowered the dorsal height, narrowed the nose with osteotmies and infractures, corrected his hanging tip, and refined the tip with suture techniques. I use quilting sutures after the septoplasty, and did not need to pack his nose. Aside from post-operative swelling, his recovery was uneventful. His photos are show just under 3 weeks from surgery, and do show the general changes that we achieved. He now has a strong, masculine nose that is much more harmonious with his facial features. Currently there is marked swelling of the nose (which makes the columella incision visible with a “step-off” on the side view), and as this resolves, the refinement and final results will become visible.
He is already very happy with the changes we achieved, and has started college with a new appearance. An interesting item he mentioned in a post operative visit is that he is excited to finally purchase some sunglasses. (He had never worn sunglasses, as he did not want to bring additional attention to his nose!) I wish him a successful career in business.