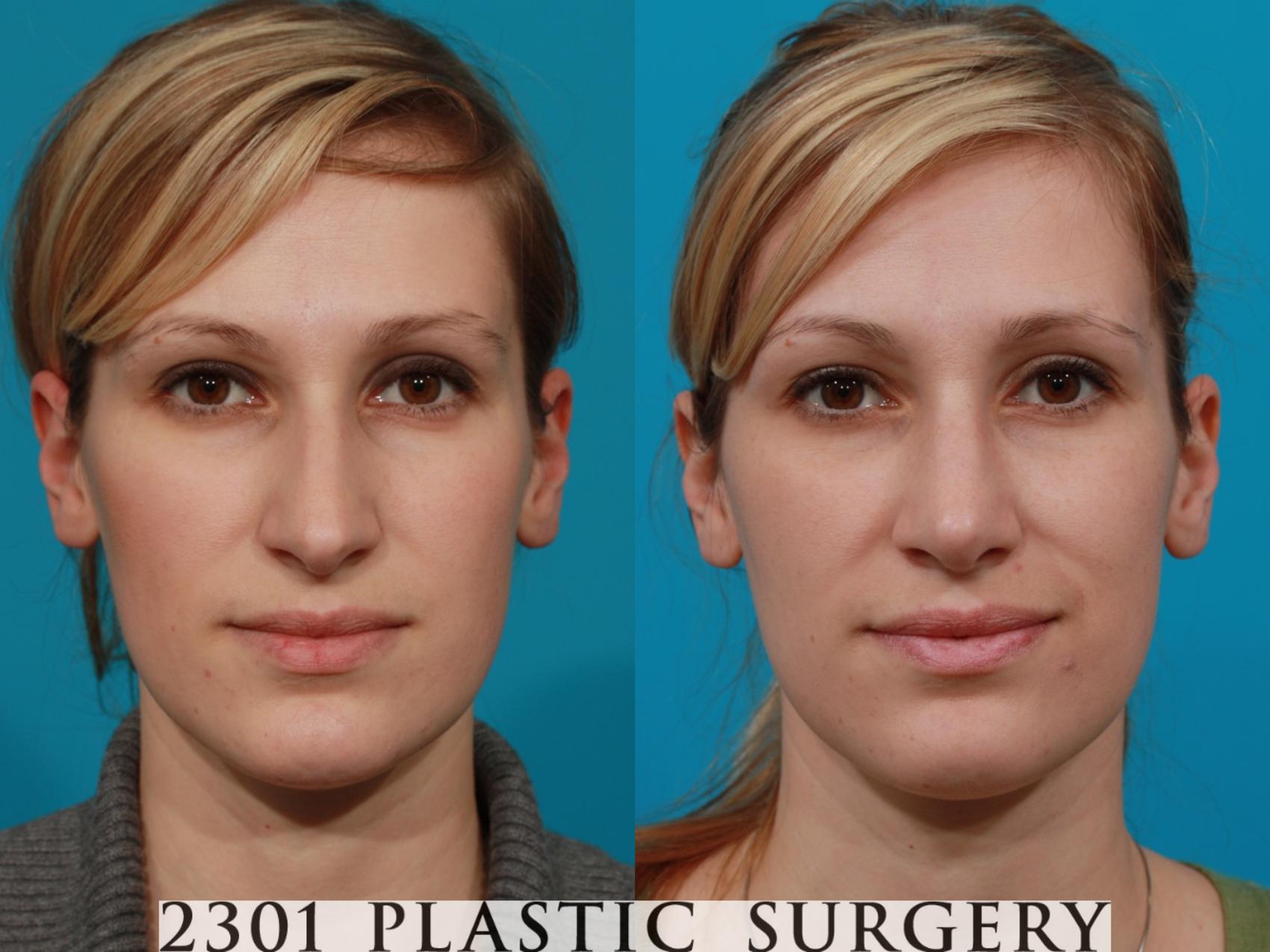 This 28 year old woman from the Coppell, Texas area came to my Southlake office interested in a refinement rhinoplasty, requesting removal of her dorsal hump, and hoping for a smaller nose to improve her facial balance.

On examination, I noted she had an obvious dorsal hump with long nasal bones, a wide bony base, and collapse of the upper lateral cartilage on the left side, as well as a hanging columella. On profile view, her nose appeared large, being both over-projected and long for her face, with too much columella show. We discussed her desired goals, and decided to proceed with an open septorhinoplasty to address her cosmetic concerns as well as improve the functional aspects of breathing.

During surgery, I immediately noted that her medial crura were thin and weak, and the lower lateral crura were quite flimsy – something I would have to address later in the procedure. I proceeded to lower the bony dorsum to the desired height, and then addressed the cartilage component by releasing the upper laterals off the septum and lowering the septum to match. The posterior caudal septum was next trimmed to decrease columella show. I proceeded with the septoplasty to address her functional issues. Next I performed the osteotomies and infractures to address her basilar width and open roof. The middle vault deficiency on the left side was corrected by use of an auto-spreader, and then attention directed to the tip. I decided to support the weak medial crura on the septum with the toung-in-groove technique, which would additionally shorten the nose. Final tip refinement was performed with suture techniques after I had performed lateral crura turnover flaps to decrease tip volume and add support to the weak lateral crura.

She has been recovering nicely from surgery, and was surprised how easy her recovery has been. The photos are taken one month after surgery, and show the general changes we have achieved. The final result will have to wait for full resolution of edema (which can take a year or longer with rhinoplasty surgery), and we can expect additional refinement of her nasal features.