Rhinoplasty Before & After Case 181 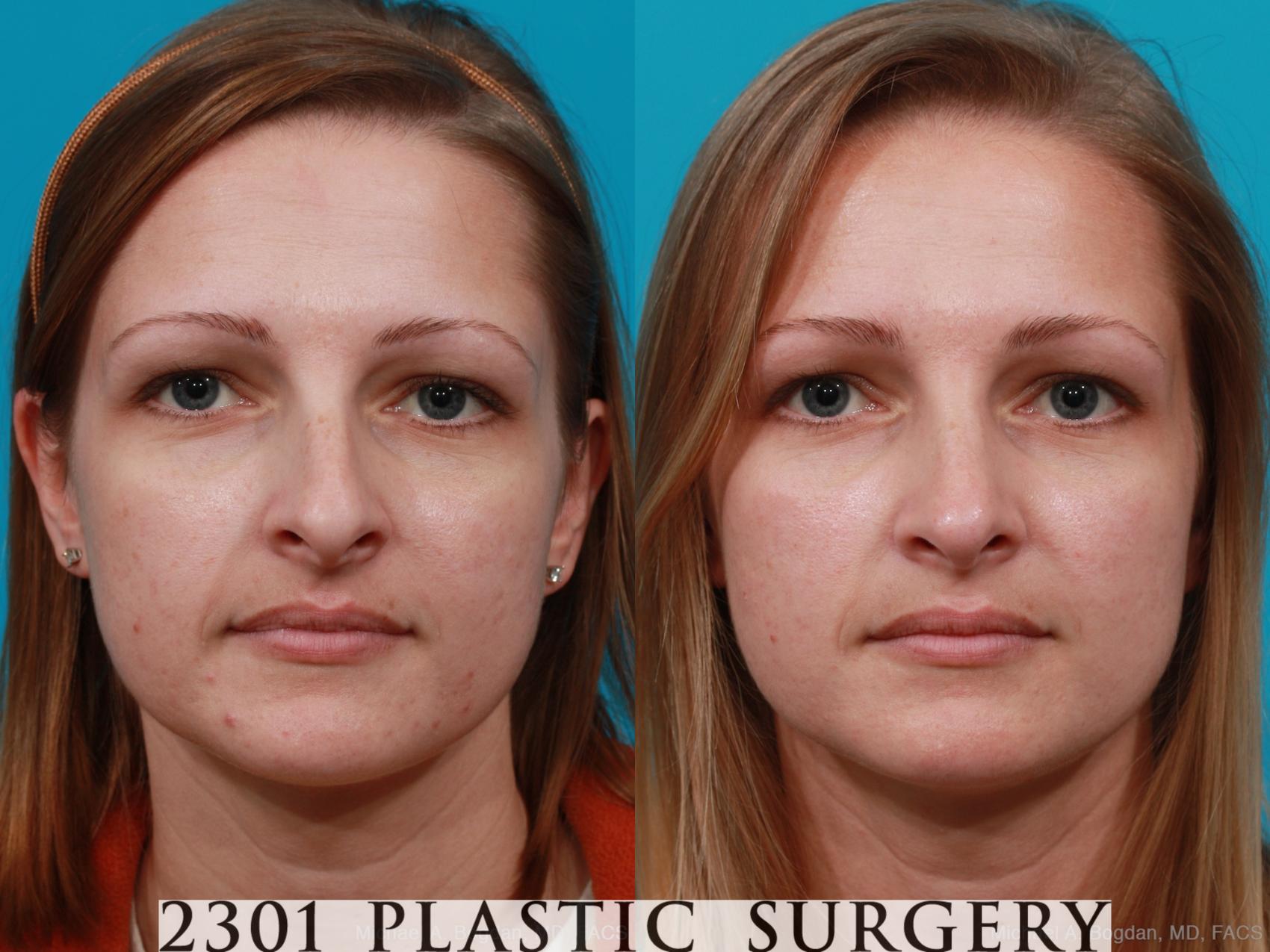 For as long as she could remember, this 30 year old woman from the DFW region desired a smaller nose. She is an athletic runner and never has had any breathing problems. When I examined her nose, I found that she had a very strong septum which created a broad dorsal hump. Her nasal tip had poor intrinsic support, as it was held up by the overly projecting septal angle. (The tension tip is more notable upon smiling.) The middle vault region of her nose is narrow and weak, and had inward collapse upon deep breathing. In order to reduce her nose and maintain open airways, I recommended a septorhinoplasty operation utilizing the open technique. With the open technique, I would have more control over the multiple aspects that needed to be addressed at the same time.

The operation started with a component dorsal reduction to achieve the desired dorsal height. I then trimmed the caudal septum to shorten the length of the nose. Next a septoplasty was performed to address the septal deviation. Her septum was notably hypertropic, such that it had a tight C shape with dorsal deviation to the left, internal bowing to the right nasal passage, and the base was off the maxillary crest resting along the floor of the left nasal passage. I harvested the central portion of the septum as graft material, leaving a healthy L-strut. The base of the vertical strut was located in the left nasal passage due to her septal hypertrophy. The redundant portion of the L-strut was trimmed, transposed to the right side of the maxillary crest and secured to assist with correction of the nasal deviation. The dorsum was next finalized utilizing a right sided spreader graft to counteract the dorsal septal deviation with a left auto-spreader to prevent internal valve collapse. Finally, the tip was addressed. I performed a cephalic trim of the lower lateral cartilage to decrease tip volume, placed a columellar strut to provide tip support and then utilized suture techniques to refine the tip.

Her recovery was relatively uneventful, and she now loves her nose! Post operative photos are shown at 16 months after surgery. She is back to running marathons with no breathing problems and is enjoying life.